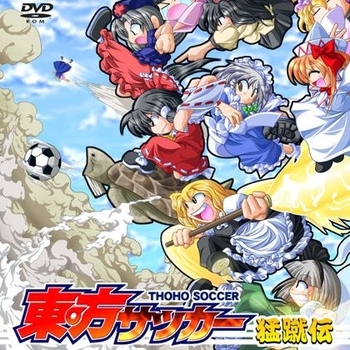 Touhou Soccer Moushuuden, also known as Touhou Soccer 2, is a sequel to Touhou Soccer that expands on the original game by adding various new features. It includes the original game's Main Scenario mode, and adds sub-scenarios for a number of characters in which you can unlock new moves. It also features Campaign Mode, a 25-game mode focused on building your own team by buying players and items; and All-Star Mode, where you can play exhibition matches against the AI or other players.

It is basically a parody of Captain Tsubasa Vol.II: Super Striker but quite different in many ways.

This game provides hilarity among fans for various reasons, most of which will be listed below.