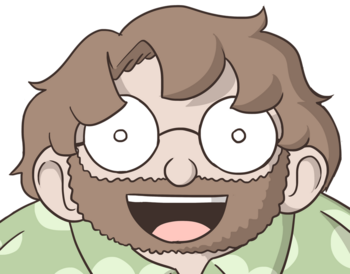 A Slice-of-Life Webcomic that revolves around Ronnie, an awkward, geeky, chronically-depressed, webcomic-writing Manchild. With him is his best friend and female roommate Agrias and Motivation Dude or M Dude, a physical manifestation of his motivation who makes it his job to make Ronnie's life horrible.

Drawn by Ronnie Filyaw, also the creator of Otaku Dad and From Earth In Peace.