Chaos While They're Not Looking 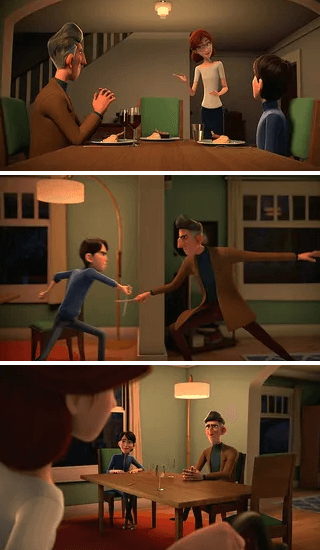 "Your friends will never survi-"
"Anyone want coffee?"
"Decaf for me."
"When the cat's away, the mice will play."
— English proverb
Advertisement:

This trope is usually Played for Laughs, a high-octane moment of drama cut clean by an ignorant character walking in, forcing the conflict to a halt for the sake of looking normal. Sometimes other things go on to keep the absent character busy and ignorant to everything that is happening, like a dog-barking or a blender loudly hiding the commotion in the other room.

Compare Playing Nice for Now. Not to be confused with Indulgent Fantasy Segue, Mid-Battle Tea Break, or Interrupted Intimacy. See also Villain Over for Dinner.