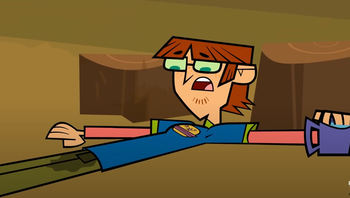 Well, this is embarrassing.
"How did you ever learn that you can make someone wet the bed by putting their fingers in water?"
— Miranda, As Told by Ginger, "Sleep On It".
Advertisement:

It's an old trick often done by The Prankster. You put someone's hand in warm water while they are asleep and they pee themselves. Simple as that.

This may or may not be Truth in Television. There is such a thing called Immersion Diuresis, which is urination brought on by temperature and pressure changes from immersing the body in water. However, research suggests that whole limbs or the whole body needs to go underwater for this mechanism to work, and a single hand isn't enough. The prank was actually tested by MythBusters, but they didn't find any evidence that it works. However, very rarely for very few people, it may possibly work.