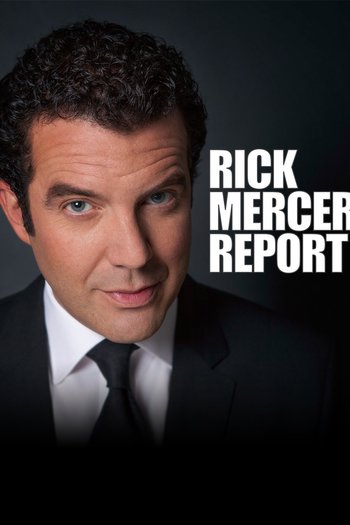 Rick Mercer Report (originally Rick Mercer Monday Report) was a satirical news program that aired on CBC from 2004 to 2018.

Hosted by comedian Rick Mercer, the show featured a mix of satirical news commentary, sketches, parodies of ads and TV shows, and interviews with political/entertainment figures of the day.

The bulk of each episode was taken up by field pieces where Rick visited people and places across Canada. They often highlighted ordinary Canadians who do extraordinary things, from Paralympians

The tone of the program is quite kind towards the politicians it mocks. Over the years, probably every major Canadian political figure has gone on the show, obviously for the positive publicity of being seen as a comic good sport. Memorable instances include Rick having a burger with Jean Chretien, skinny dipping with Bob Rae, having a sleepover at 24 Sussex (with prime minister Stephen Harper reading bedtime election regislation), having Pierre Berton to demonstrate the correct way to roll a joint of marijuana, or getting every member of parliament to participate in a spoof of the Budlight dude commercial.

The show is a spinoff of sorts from This Hour Has 22 Minutes, where Rick was one of the co-hosts. Unlike 22 Minutes or Royal Canadian Air Farce which derives a major portion of comedy from impressions of public figures, The Mercer Report tends to get the real life public figures to come and make fun of themselves.