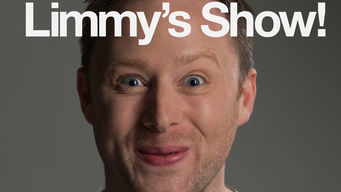 A Scottish Sketch Comedy written and directed by Brian Limond, Limmy's Show! has a cast of himself and others in sketches that often are surreal in nature. Limmy plays a host of characters that often mock certain stereotypes of people in everyday life, while also occasionally having a fictionalized version of himself making comedic observations on the absurdity of the world around him.

With the success of Limmy's previous endeavors as a live performer and podcaster, the BBC ordered for a 6 episode series that premiered on January 11, 2010. A second series was done after in 2011, with the third and final series of Limmy's Show aired on November 12, 2012. A Christmas Special however, was done in December of 2013. Limmy, an avid social media user, went on Twitter to say that he didn't want to continue Limmy's Show in lieu for another BBC pilot he's working on. Limmy has gone on to create and star in Limmy's Homemade Show!, a Spiritual Sequel series filmed on his own around his house and his hometown in which he plays every character.