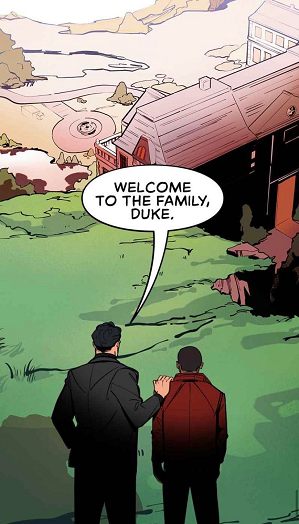 The standard Premiere plot, which makes up about 75% of TV premieres and pilots, in which a single new member comes into an established group. This gives the writers an easy way to introduce the characters and all the most relevant facts about them as the new member, as ignorant as we are, gathers information. If the group is a workplace, more often than not the new member is a Naïve Newcomer.
Advertisement: