Series / Is It Legal? 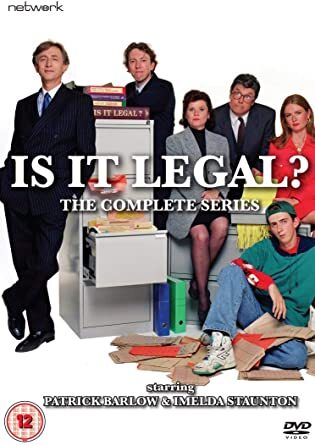 Is It Legal? is a Brit Com written by Simon Nye (of Men Behaving Badly fame) which aired from 1995-1998. It initially aired on ITV before moving to Channel 4 for it's final season. The show revolves around the group of imcompetent individuals who run Lotus, Spackman & Phelps (of Hounslow High Street). The plot begins when the idealistic Colin becomes a junior partner there. Working with him is the incompetent Darren, the bossy Bob, the arrogant Dick Spackman, and the snarky Alison.