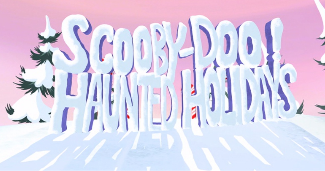 Scooby-Doo, Haunted Holidays is a 30 minute Scooby-Doo special released on direct to video in 2012.

While the gang is attending a Christmas parade, they come across a maniacal snow creature who lives in the haunted house across the street. As the legend has it, the creature was formed after the old man next door swore revenge on the toy factory being built on the other side of the road, due to it attracting too many unwanted guests. Now it's up to the gang to stop the creature and save the toy factory before the Snowman ruins everything.