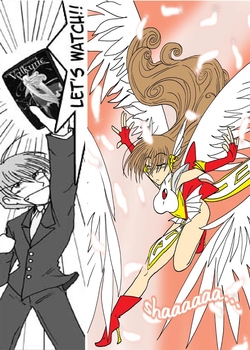 From an ordinary teen boy to Magical Girl
Advertisement:

A character needs to undergo a complete physical sex change, usually through magic or Applied Phlebotinum, in order for them to access their powers. Typically, this motivates them to choose a sex transformation they wouldn't otherwise want. With many examples, the character changes back to their original sex when their powers are dormant, especially if they're a Henshin Hero. Others have powers that are always "on", which leaves them transformed persistently, often permanently.

This trope gives a new twist to the classic secret identity, as the character not only has to face the responsibility of having great power but also the hardships of living as a new gender.

Might be used to deliver An Aesop about how being yourself is greatly empowering.