Your Television Hates You 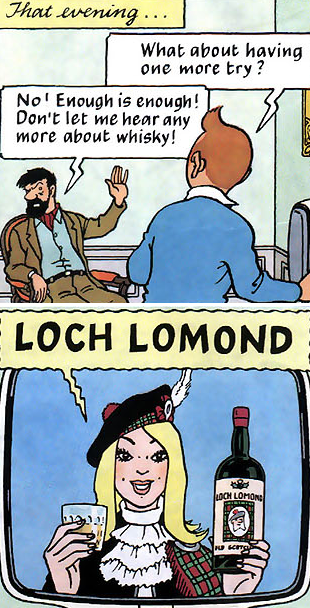 "I love having a dog, and losing Blackie made me really depressed. Plus, having the Lassie, Rin Tin Tin, Sounder, Turner and Hooch marathon on TV didn't help."
— Everybody Hates Chris, "Everybody Hates Blackie"
Advertisement:

Bob is feeling pretty bad. Maybe he's feeling insecure about something. Maybe he just got dumped. Maybe he just had a really bad day. Let's go ahead and say he got dumped. So Bob decides that he just needs a break from it all, and to get his mind off his problems. The best way to do that, of course, is by sitting on his couch and watching some TV.

The problem is, as soon as he turns on the TV, a soap opera turns on where a girl is breaking up with a guy. Of course, this is the last thing Bob needs to get his mind off his break-up. So he changes the station... only to see a stand-up comedian talking about the first time he got dumped. So he changes the channel again, and the first thing he hears is a commercial say "Having relationship problems?" No matter how many times Bob flips the channel, somebody is talking about relationships and break-ups. Eventually, Bob gives up and turns the TV off, at which point the scene usually ends.

This is a quick gag that's pretty common when you're trying to make the audience feel sorry for your character, or prove just how much the universe hates him. It's almost always never mentioned again. Can be justified when the character's circumstances are due to some supernatural agency that is also perfectly capable of controlling the programming on the TV.

A variant is growing where certain things individuals are trying to keep under wraps are revealed by a website advertisement, since these days they are picked by checking the user's browser history.

Compare Coincidental Broadcast and Laser-Guided Broadcast, where this phenomenon is used as a plot device instead of a gag. May coincide with Cold Turkeys Are Everywhere if the thing that keeps popping up on TV or radio is something that the character is trying to quit, or The World Mocks Your Loss if they're upset about losing something or someone. See also Mocking Music (for the radio version) and Vengeful Vending Machine. Only marginally related to My Car Hates Me because both are tech devices that make their owner's life worse.