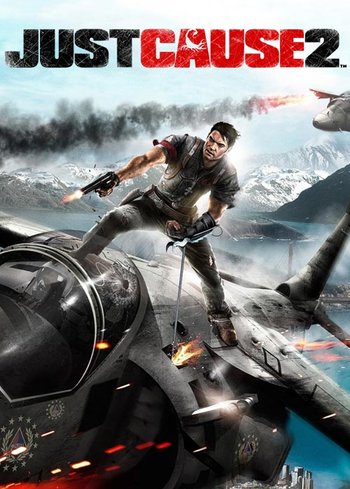 The first sequel to Just Cause, Rico is a few years older and has been assigned to track down his mentor and superior from the first game, who has disappeared on the Southeast Asian island of Panau, which has recently been taken over by a ruthless dictator. Various improvements have been made to the gameplay, allowing for even more over-the-top shenanigans. Rico can now use his grapple to attach to any object, pull enemies off their feet, tether them to various objects, and essentially use it for all manner of physics-based stunts and proving that it's a bad day to be a henchman.

The PlayStation 3 version was available for free to PlayStation Plus subscribers from August to November 2012, and later the Xbox 360 version became free for Xbox Live Arcade Gold members for the first half of June 2015. On PC, a multiplayer mod was released on Steam in 2013.