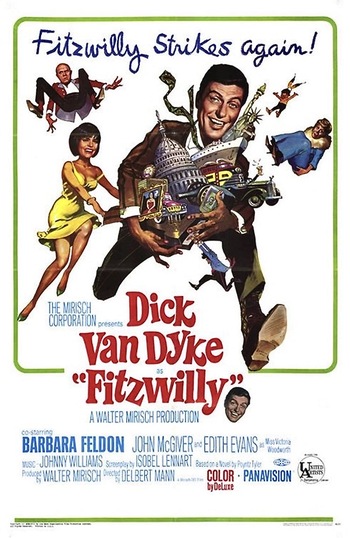 Miss Victoria Woodworth (Edith Evans) is an elderly New York heiress, living a quietly patrician life in her plush brownstone with a large household staff and frequently engaging in philanthropy. There is one rather large problem with her lifestyle, however: she doesn't actually have any money. Her wealthy father left her a mere $180, and her loyal servants, led by Fitzwilly, have been engaging in elaborate schemes and scams in order to facilitate her lifestyle.

All of this threatens to unravel, however, when Miss Woodworth brings in Juliet Nowell (Barbara Feldon), an outsider to their servant network, to assist her in compiling a dictionary containing all possible phonetic misspellings. Trying to prevent Juliet from discovering their crimes, Fitzwilly courts her in order to persuade her to leave. Things become even more complicated when he begins to fall for her for real...