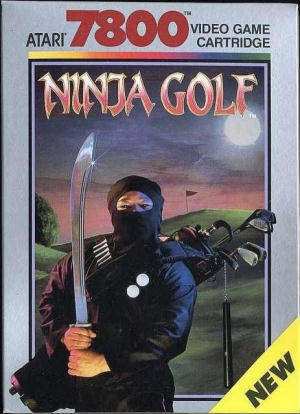 "I'll never call golf a dull game again."
Bond: Do you have any commandos here?
Tanaka: I have much, much better. Ninjas.
— You Only Live Twice
Advertisement:

Only the staunchest Pirate fanboy can deny that Ninja have some level of awesome. Any story that can reasonably fit Ninja in there, like stories in Feudal Japan, or the fantasy equivalent, will do so. Sometimes, those fantasy equivalents seem to exist solely to give them a reason to include the Ninja.

Then again, some stories can't easily fit them, but throw them in anyway. It doesn't have to make sense. It's freakin' Ninja in your story! If you want to have them involved in the battle of Gettysburg, go ahead. Want to say ninjas were the ones who really beheaded people in the French Revolution? Want to say that Stalin had a one-on-one fight with ninjas which lead to the downfall of the USSR? Go ahead! Just remember, it won't be recorded in the history books, because Ninja are masters of invisibility.

Ninja can also fall under this as part of Chandler's Law. If a story drags, have a random ninja encounter and it will surely pick up.

A Sub-Trope of Ninja and Garnishing the Story.

Examples: (from shows that are not focused on, or usually feature, Ninja.)