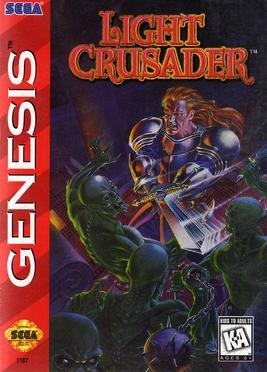 A game for the Sega Genesis created by Treasure. Similar to Landstalker in gameplay but much easier, David the swordsman takes a holiday on Green Row and learns about the missing townspeople. He must go underground, beat up monsters, solve puzzles and free people.The game consists of 7 levels: