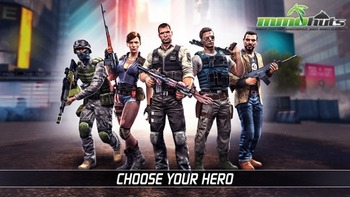 Unkilled is a mobile First-Person Shooter zombie game for Android and iOS, developed by Madfinger Games and released on September 3rd, 2015. It has 5 characters which you get to play as to fight against the zombies in New York. It has microtransactions.