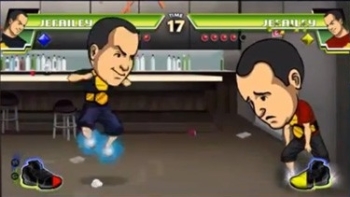 A common type of Silliness Switch is making all characters in a game have really big heads. For shooter games, this can make headshots easier to nail (or harder, if the hitboxes aren't affected as well).