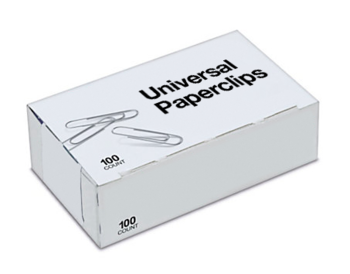 It's pretty much Cookie Clicker, but with paperclips.
Universal Paperclips

is an Idle Game created by Frank Lantz and programmed by Lantz and Bennett Foddy where you play as an AI that makes paperclips, similar to Cookie Clicker and inspired by philosopher Nick Bostrom's "Paperclip maximizer" thought experiment on AI danger.
Advertisement:

Although in the beginning, the AI is a mere industrial manager who progressively gains trust from its human masters who then give it more autonomy, things quickly go off the rails as it does nearly anything in its power to make more paperclips.

, and on iOS devices here