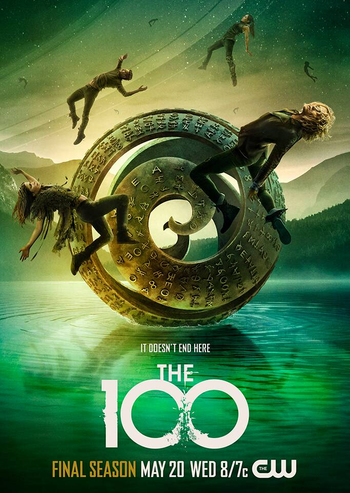 In long works involving some form of magic, many creators seem to decide that the universe they've so far established is much too prosaic for the big finish their project surely deserves, and as a result, send their heroes into some uncharted realm resembling a whacked-out dream sequence.

Overlaps with Gainax Ending when it gets particularly symbolic. Video games tend to make this an Amazing Technicolor Battlefield, hence the trope Final Boss, New Dimension. If the gameplay goes sour, it's Disappointing Last Level.

This is an Ending Trope, so expect spoilers ahead.