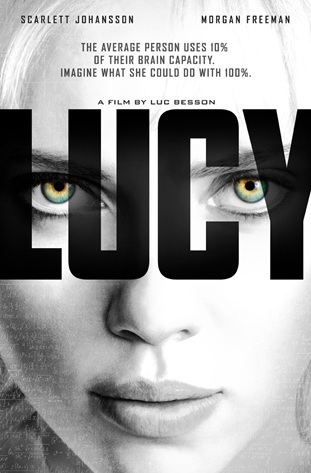 Life was given to us a billion years ago. What have we done with it?
Advertisement:

Lucy (Johansson) is a young woman who is forced into working as a drug mule for the Taiwanese mob. A bag of one particular drug is inserted into her abdomen, which suddenly ruptures when she is attacked, causing her own body to absorb the drug. This progressively causes her to access more and more of her brain's capabilities, granting several incredible abilities - and causing a remarkable metamorphosis...

Life was given to us a billion years ago. Now you know what to do with it.