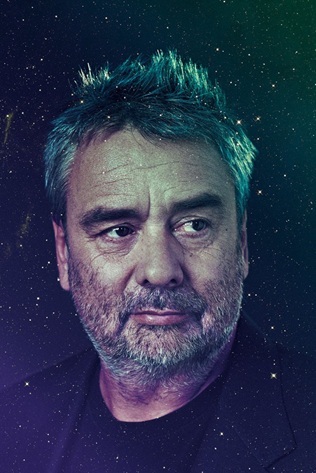 "I think we have the wrong notion of commercial and intellectual or artistic film. Because all films are commercial."
Advertisement:

Besson's parents were scuba diving instructors, and his initial ambition was to become a marine biologist. However, at age 17 he had a diving accident which left him unable to dive, and out of the resulting boredom he began to write stories, entered the film industry and worked his way up the ladder. Since then, he has worked on more than 50 movies via EuropaCorp (the studio he founded). He directed over a dozen of them.

He is one of the three directors (along with Leos Carax and Jean-Jacques Beineix) credited with creating the French "cinéma du look", a French film movement of the 1980s whose films favoured style over substance. At least that's what the critics say. They often featured young people, often in love with each other, lost in urban Paris.

Besson is appreciated as much as he's criticized in Europe as the most "Hollywoodian" of French filmmakers. Action movies written by him and produced by his company have been routinely panned by some as "slick and commercial".

His next film project is titled Dogman. It will start production in spring 2022 and stars Caleb Landry Jones.

Tropes & trivia associated with Besson and his films: