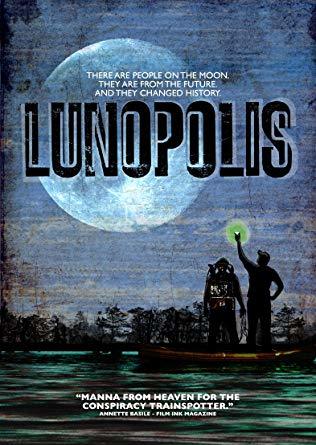 Lunopolis is a 2010 American science fiction film directed by Matthew Avant. The film is presented in found footage style and takes place in the weeks preceding the rumored events of the 2012 prophecies.

On December 9, 2012, twelve days before the date of the supposed Mayan-prophecized doomsday on December 21, a conspiracy-themed radio show takes a call from a man who claims to work at Area 51. After the caller describes a secret civilization on the moon, he is cut off. The host initially dismisses it as a hoax until he receives a photo album that contains enough evidence that he hires two documentary filmmakers, Matt and Sonny, to investigate the claims. They discover a mysterious device and begin to unravel a conspiracy involving the moon, time travel, and a very powerful organization who will stop at nothing to protect their secret.