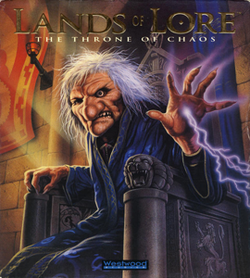 A series of three first-person perspective Western Dungeon Crawlers with adventure game elements developed by Westwood Studios, building on their work on their Dungeons & Dragons Eye of the Beholder series.