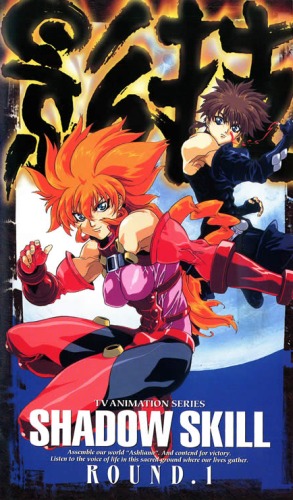 Shadow Skill is a Manga by Megumu Okada that ran from 1992 – 1996, with an Anime adaption airing first in Japan in 1998 and released in english by ADV Films in 2005. Booth tells the story of the first-ever female Kuruda Sevaar Elle Ragu and her adopted brother Gau Ban and their adventures as they fight in a world of honor, magic, and fearsome enemies.

Elle Ragu is a Sevalle, one of the elite warriors of the kingdom of Kuruda. She uses her martial arts language, the Kuruda Annihilation Techniques known as "Shadow Skills", in combat in a manner which is legendary. She is the 59th Sevalle and the only female in living history. Elle, however, drinks like a fish and rarely pays rent. The only thing she seems to be good at is fighting, which she does well enough to somewhat overcome these deficiencies. She is also not the most intellectual sort, a fact frequently lampshaded by other characters.

Her adopted brother, Gau Ban, is another fighter using the Kuruda Annihilation Techniques, and seeks to surpass Elle. Also along for the ride are Faurink Maya, called Folli, a Sui Reme talisman user who acts as a sort of watchdog for Elle, providing the brains to her brawn, and Kyuo Ryu, a Septia (those who catch demon beasts) who has a crush on Gau.

A series of four prequel OVA's that tell a different story than the main series were also made, and released in English by Manga Entertainment.