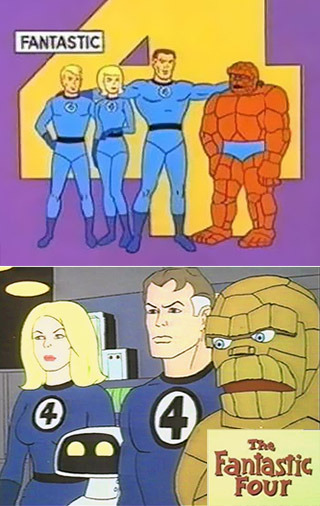 Because The Human Torch just wasn't as cool as... the Robotic Operating Buddy?
"You can't compete with the long lost Agent Mulder. His easy good looks, his Oxford education. Mulder has what you can't have. But you stumble forward, the flatfooted cop, thinking you can put handcuffs on demons."
— Josef Kobold (to Agt. Doggett), The X-Files, "Daemonicus"
Advertisement:

A popular character is killed off or otherwise written out and replaced with a new character who fills their previous role. Regardless of what this new character is like, they're likely to end up with a Hatedom directed at them, just because they're not the old favourite. If they'd been there from the start, maybe the fans could have loved this new character, or at least respected them. But no — they're a replacement. They're not even a Suspiciously Similar Substitute who at least shared some character traits with the other one, they're a totally different character, and so every flaw — every trait that makes them not like the character the fans want them to be — drives them crazy with longing and disgust, and all they can do is get angrier and angrier.note (Or, even worse, they are a Suspiciously Similar Substitute, trying to ape everything that made the old character popular, who the fans hate for being a "bad copy" of their favorite.)

Pointing out the fact that the creators sometimes had no choice but to abandon the old character or also make a replacement may still not calm fans down. See Exiled from Continuity, The Character Died with Him, and McLeaned.

Sometimes this is understandable: the fans mourn the loss of the old character, whom they have come to know and love, and suddenly they are forced to get to know a new character all over again, and inevitable comparisons will ensue. However, if the new character is poorly written, interacts awkwardly with the old characters, derails the show or, worst of all, becomes a Creator's Pet, fans will often go to war over their outrage. Expect the use of flamethrowers where these characters are discussed, especially if the new character gains a dissenting fandom - Broken Bases because of these characters are not unknown phenomena. Investing in fire-proof armor or a bunker deep underground may help if all-encompassing forum warfare breaks out.

In short, They Changed It, Now It Sucks!, but with a main character. If lucky, they may be Rescued from the Scrappy Heap. This becomes a lot more likely if the character they initially replaced ever returns. (Most likely because they no longer have the "replacement" stigma hanging over their head, and as such are more likely to be judged on their own merits.)

(Of course, being a Replacement Scrappy does not preclude also being a regular Scrappy. It is entirely possible that the audience would have hated the character anyway.)