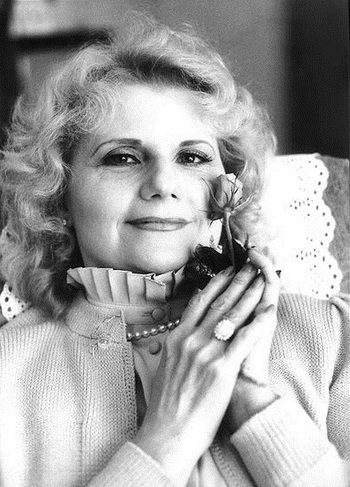 "Look, I'm not pretending this woman is Tolstoy. But she's a fantastic storyteller with a world view. What separates the writers who really hit is a world view. Plot is not ultimately enough. Flowers is not really a plot novel; it is a novel of sensibility, perception and, in a funny way, introspection."
— V.C. Andrews' editor Ann Patty
Advertisement:

Cleo Virginia Andrews, better known as V.C. Andrews (June 6, 1923 – December 19, 1986), was an American author best known for Flowers in the Attic, a novel infamous for its portrayal of Brother–Sister Incest. She wrote several sequels and produced other novels up until her death in 1986.

She has since become perhaps equally notorious for the manner in which her work has Outlived Its Creator. The real Virginia Andrews published only seven books in her lifetime. After her death, however, a ghostwriter (Andrew Neiderman) quietly took over at her publishers' behest, and has continued to churn out novels under the Andrews pen-name for decades ever since. Quite where the lines are drawn between any genuine unfinished manuscripts he may have completed, works "inspired by" her ideas but otherwise his own, and works entirely plucked from his imagination, remains officially unacknowledged. More than seventy books by him have appeared under the brand, though — over ten times more than the original author ever managed, and unabating even as the centenary of her birth approaches.

It is widely agreed by V.C. Andrews fans that Only the Creator Does It Right, and there is a particular disdain for Neiderman. The original books she actually wrote are something of a Cult Classic.

In 2022 Neiderman published a biography of Andrews, The Woman Beyond the Attic.

Tropes common in her works: