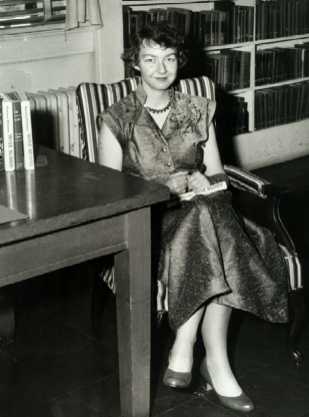 Mary Flannery O'Connor (March 25, 1925 – August 3, 1964) lived in rural Georgia (born in Savannah, moved to Milledgeville at the age of 15) in the middle of the 20th century and wrote two collections of extraordinarily realistic short stories and two novels in the course of her very short life (she died in 1964 at the age of 39). From the mindset of her deep Catholic faith; her intimate and perceptive knowledge of the culture, mores, and personalities of the Deep South; and shaded by her long battle with lupus (which eventually killed her), she wove tales replete with deeply dysfunctional, highly flawed, and bizarre characters, many adhering to an unconventional or twisted form of fundamentalist Christianity. And many who died realistic deaths.

Though she was quite the orthodox and theologically sound Catholic believer, and a "fish out of water" in the mostly Protestant (and what she called "Christ-haunted") South, her cultish preachers, itinerant evangelists, and lay people were, in her mind, closer to the unadulterated core of the Christian faith than most "institutional" believers. This has often proved befuddling to more secular readers who tend to see these people as mere buffoons in contrast to the more level-headed liberal and irreligious characters, only to learn that, in O'Connor's mind, the "freaks" were the "heroes."

Though her stories were full of symbolism and metaphor, O'Connor had little patience for those who tried to over-analyze what she saw as the clear message of her work. She was once asked, about her short story "A Good Man is Hard to Find," "what is the meaning of the Misfit's hat?" The question both confused and amused her. "To put on his head," she replied.

Despite her relatively small body of work, O'Connor is regarded as one of the most influential and talented American writers of the mid-20th Century.

Works by Flannery O'Connor with their own pages:

Other works by Flannery O'Connor contain examples of: