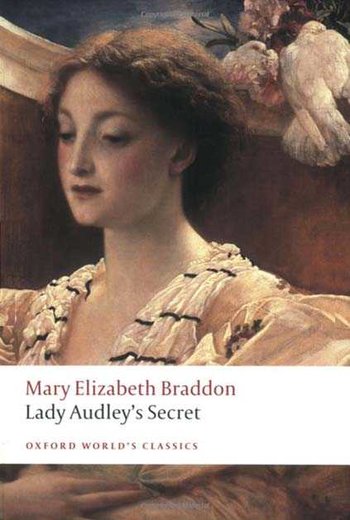 Popular 1862 mystery novel written by Mary Elizabeth Braddon. Referred to as a 'Sensation Novel' in Victorian Literature classes, it portrays the innermost depths of she for whom the novel is named, and her fervent desire, even obsession, as well as he who may have figured out the eponymous secret...

Upon discovering the most exquisite, doll-like beauty of Lucy Graham, Sir Michael Audley, a baronet of Audley Court, proposes to and marries her immediately, and seems to settle into an idyllic life, the jealousy of Michael's daughter from an earlier marriage, Alicia, notwithstanding.

In what seems at first to be the B-plot but very quickly takes the fore, George Talboys returns from Australia, to which he fled for some years to make his fortune, abandoning his wife Helen, who has since had a child. Unfortunately, George discovers that Helen has died, leaving her child in the care of her father, an old drunk who dotes on little Georgey, but is not a suitable guardian. So George makes plans to return to Australia, but disappears shortly thereafter...

Enter the barrister Robert Audley, Michael's nephew and George's best friend. Before his friend disappears, he seems to be lazy and ill-purposed, but after the disappearance, his skill and single-mindedness are honed to a razor edge as he inexorably seeks the truth. But, it may be more than he can bear...