Literature / The Labyrinth of Spirits 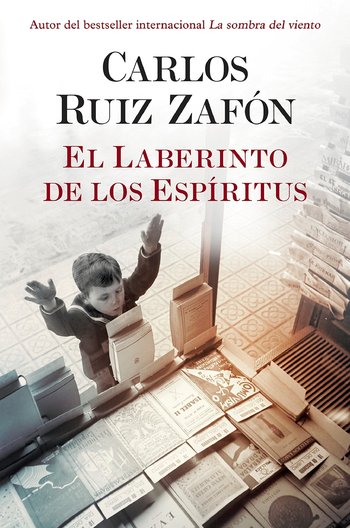 Knowing now that his mother was murdered by the evil Mauricio Valls, Daniel Sempere has been trying to locate him, consumed by desires of revenge. The story is now moved, however, by yet another old memory of Fermín's ever-changing past: a child he once tried to save, now turned into the beautiful and ruthless Alicia Gris, a member of a secret operative for the Francoist police, who will team along with veteran Captain Juan Manuel Vargas to try to find the disappeared Valls. Alicia soon discovers a much darker story, related to the mysterious banker Ignacio Sanchís and a variety of sinister characters, where crimes and betrayals form a tree whose roots sink deep down in the Spanish Civil War.

Starting from where The Prisoner of Heaven stopped, the book puts an end to the tetralogy of The Cemetary of Forgotten Books. Some short stories, either directly or indirectly set on the same universe, were published in a compillation named The City of Vapor, released after Zafón's death in 2020.