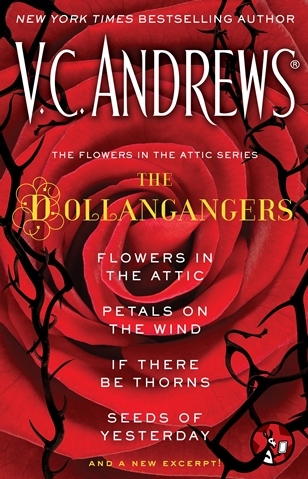 The first published, and best known series by V. C. Andrews. The series revolves around the titular Dollangangers, a seemingly perfect family that is torn apart by greed, revenge, and forbidden relationships.

The original books are something of a Cult Classic. As for the rest, it is widely agreed by V. C. Andrews fans that Only the Creator Does It Right, and there is a particular disdain for ghostwriter Andrew Neiderman. The later books and 1987 movie are typically filed into Fanon Discontinuity.

A character sheet for the series is in progress and can be found here. Please add any character tropes to it.

Tropes seen throughout the series: