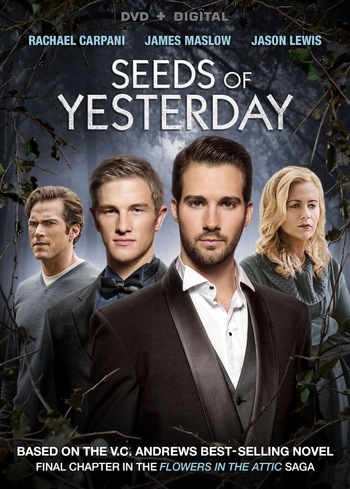 In 2015, Lifetime did a Made-for-TV Movie adaptation of the book.

Seeds of Yesterday, more than any other of the books, doesn't really have a central plot with a climax. Instead has a bunch of subplots that meander around. The movie does an Adaptation Distillation by removing Joel and lessening the focus on Jory, and an Adaptation Expansion by making the Bart/Cindy relationship more central and Relationship Upgrading it from Belligerent Sexual Tension to They Do. The movie has a much more traditional plot structure than the book, leading many fans praise it as a Pragmatic Adaptation.