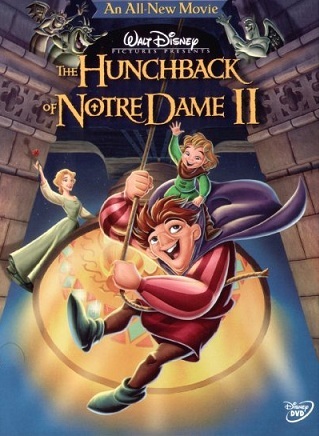 Made in 2000 but not released until 2002, this direct-to-video sequel to Disney's 1996 blockbuster The Hunchback of Notre Dame was produced by Disneytoon Studios.

Quasimodo falls in love with the beautiful and mysterious Madellaine, while trying to stop a thief posing as a magician from stealing a famous bell from the cathedral's belfry.

All of Paris sing about Quasimodo's new love of Madeline.

All of Paris sing about Quasimodo's new love of Madeline.