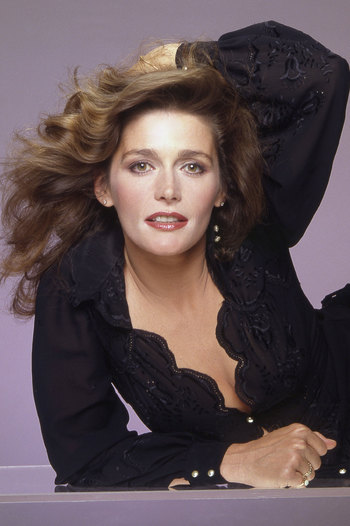 She is best remembered for her role as Lois Lane in the Christopher Reeve Superman films, although she also enjoyed a cult following through her appearances in horror films, such as Sisters, Black Christmas, and The Amityville Horror.

Aside from her acting career, Kidder was also an activist in environmentalism and pacifism.

She passed away at age 69, in what was ruled a suicide by drug overdose.

Tropes about the actress's works: