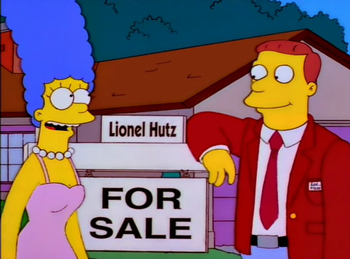 Feeling bored with life (once again), Marge takes a job in real estate but is uncomfortable having to bend the truth to make sales, especially when she wants to sell a murder house to the Flanders. Meanwhile, Homer buys Snake's car at a police auction and Snake breaks out of jail to get it back.