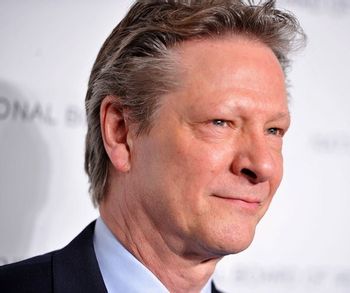 Christopher Walton "Chris" Cooper (born July 9, 1951 in Kansas City, Missouri) is an American film actor. He began his career with strong supporting performances in film and television, becoming relatively well-known among critics and audiences during the 1980s. Following his role as troubled military patriarch Colonel Fitts in Sam Mendes' American Beauty, he became critically acclaimed and would go on to win an Academy Award for his role as orchid thief John Laroche in Charlie Kaufman's Adaptation.. Cooper is generally known for playing authority figures with Hidden Depths, his intense yet restrained performances, and his gravelly voice.
Advertisement: