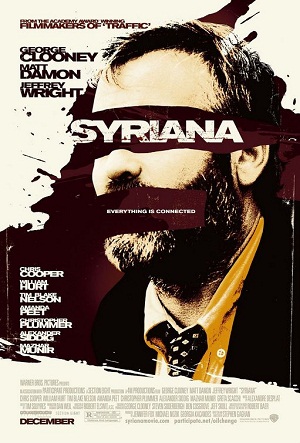 George Clooney plays an old, fat, burned-out CIA agent in the Middle East. His story is intertwined with that of a worker in Saudi Arabia who gets mixed up in terrorism, that of a prosperous oil consultant who has an emotional crisis and changes his life after a deadly accident, and that of the creation of an oil pipeline. They start separately, but all converge...

This film was based very loosely on a book written by a CIA agent — so loosely that it was nominated for the Academy Award for Best Original Screenplay. It was well-reviewed but only barely broke even at the box office.