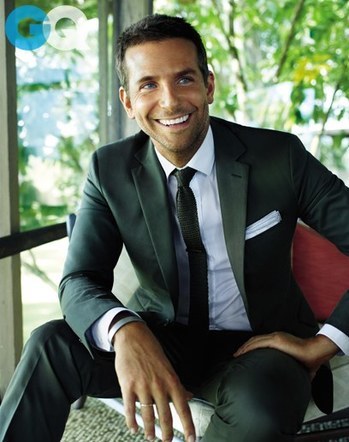 "The truth is, I made this film with Bradley because I believe in him as a filmmaker, an actor, as a screenwriter, as a musician. He has it all in spades."
—Lady Gaga
Advertisement:

He later appeared in supporting roles in the films Wedding Crashers, Yes-Man, and He's Just Not That into You, but achieved worldwide fame with his leading roles in The Hangover trilogy, The A-Team, Limitless, Silver Linings Playbook, The Place Beyond the Pines, American Hustle, Guardians of the Galaxy, American Sniper, and A Star is Born, the latter of which he also produced and directed.