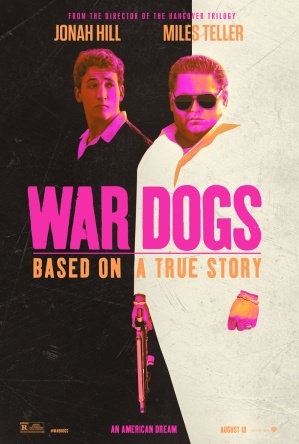 War Dogs is a 2016 Based on a True Story caper movie starring Jonah Hill, Miles Teller, Bradley Cooper and Ana de Armas, and directed by Todd Phillips. Based on the Rolling Stone article "Arms and the Dudes" by Guy Lawson, it follows twentysomething gunrunners David Packouz and Efraim Diveroli as they exploit The War on Terror for personal profit.