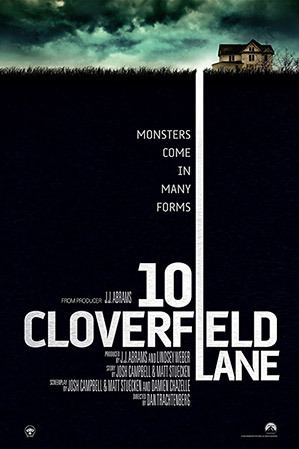 10 Cloverfield Lane is a Psychological Thriller and surprise "blood relative" to the 2008 Found Footage Kaiju movie Cloverfield from Paramount Pictures and Bad Robot Productions. It stars Mary Elizabeth Winstead, John Goodman, and John Gallagher Jr., and is directed by Dan Trachtenberg. It follows a woman who wakes up after a car crash, trapped in a bunker with two men who tell her that the outside has been affected by a chemical attack.