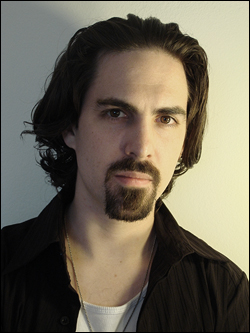 Bear McCreary (born February 17, 1979) is an American composer of score and soundtrack music. He studied music at the University of Southern California's Thornton School of Music, and his mentor was Elmer Bernstein. McCreary learned piano, and taught himself accordion. His style of music is unconventional compared to other scores, featuring a mix of classical instruments, ethnic instruments, rock, electronica and vocals. He has said that the smaller budgets force him to be more creative, and it shows, as he has garnered extensive praise for his music. In the summer of 2010, he married his vocalist, Raya Yarbrough.

In addition to La-La Land releasing soundtrack albums for several of his shows, he now has his own boutique record label, Sparks & Shadows

Scores composed by Bear McCreary include:

and his blog is here

Bear McCreary and his music demonstrate: