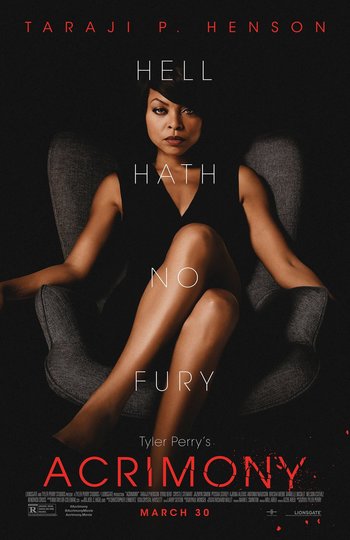 Acrimony is a 2018 film from Tyler Perry, and it's quite a departure from his usual output.

It centers around a woman named Melinda Gayle (Taraji P. Henson) who learns that not only has her husband Robert (Lyriq Bent) been cheating on her, but he has been leading a double life seeing another woman on the side — and has no further interest in continuing his relationship with Melinda.

As you might have surmised from the poster, she doesn't take it well at all.