Anime / Welcome to The Space Show 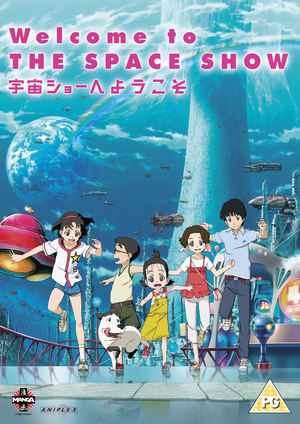 Welcome to The Space Show is a family science fiction anime film by A-1 Pictures. While at summer camp, five kids rescue an injured dog, who turns out to be an alien. As a thank you he takes them to a station on the far side of the moon, however the journey back proves to be more difficult - especially when some poachers start chasing them for the wasabi they happened to be carrying with them.

It has been released on DVD and Blu-ray in the UK by Manga Entertainment, who produced a dub in association with Aniplex and NYAV Post.