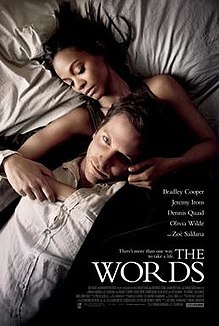 The Words is a 2012 romantic thriller about a young author at the pinnacle of his success, who suddenly has to confront the truth behind how he got to where he is. The story is told as an author narrating from his book, and he seems to have a very particular idea about how it ends.