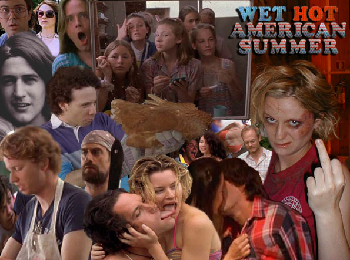 CAPTURE THE FLAAAAAAG!
"Well, we made it through the summer in one piece, except for a few campers who are lepers."
— Beth
Advertisement:

It is in many ways a send-up of the goofy teen comedies (often set at college or camp) that were quite popular around the time period the movie is set in, without ever parodying individual scenes. It has no real overarching plot. Instead, it's a collection of intertwined vignettes that get increasingly absurd as they go on and run the gamut of teenage emotions, from angst to Wangst. In simple terms: it's a masterpiece.