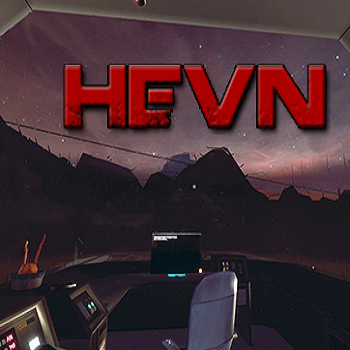 HEVN is a sci-fi Action-Adventure game, developed by Miga and released on PC through Steam on September 24th, 2018.

It is set in the early 22nd century, when the humanity has largely managed to overcome the carnage of the preceding century. It was helped along by the discovery of an element called Soviten on a distant planetoid named Naic. Sebastian Mar is one of the colonists selected by the Nomoni Conglomerate for the mining expeditions on Naic. However, he ends up waking up on the Naic outpost all alone, with the colony clearly ravaged and everyone else missing, and likely dead.

There doesn't appear to be anything else to do but escape: however, that requires not only looking up the codes to all of the malfunctioning systems at the outpost, but then also making it to the launch site, across the plains that cannot sustain human life outside of the spacesuits, but are much less uninhabited than the colonists thought...