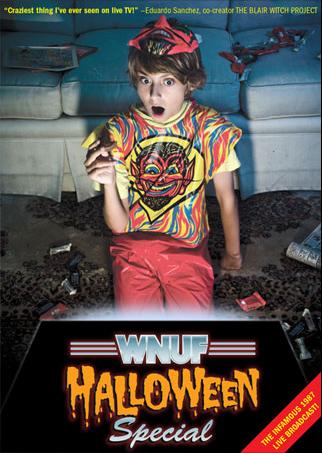 A 2013 Retraux horror film that takes a form of a VHS recording from 1987.
Advertisement:

The recording shows the (fictional) television channel WNUF TV28 in full Halloween spirit, with its newscasters in costumes and reporting appropriate content. This segues into the titular special, which investigates a Haunted House which was the site of the infamous "spirit board murders" 20 years earlier, with psychic and spiritual help to detect and exorcise whatever evil spirits may be lurking within.

But the program doesn't go exactly as planned...

Followed in 2022 by Out There Halloween Mega Tape, featuring both a '90s-based Talk Show and an investigative news broadcast of a rumored alien invasion.

This recording has examples of: