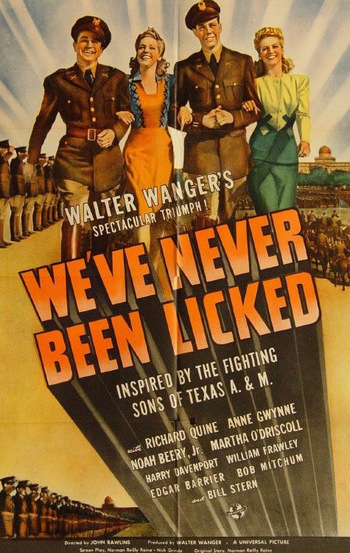 Brad Craig, an American living in the Philippines, enrolls at Texas A&M University, hoping to study agriculture so that he can apply that education to improving life in the Philippine Islands, which he calls home. The first two friends he meets at A&M are a pair of Japanese students, who turn out to be spies. He is suspected of being a spy because of his association with the Japanese students, and ends up joining their spy ring, hoping to sabotage it from inside. Finally, he ends up as a Tokyo Rose-style Japanese propaganda broadcaster, who somehow finds himself broadcasting from the back seat of a Japanese plane during the Battle of Midway. He wrests control of the plane at a key moment in the battle, and crashes it into the Japanese flagship to prevent it from launching planes to intercept a squadron of American planes led by one of his classmates from Texas A&M.