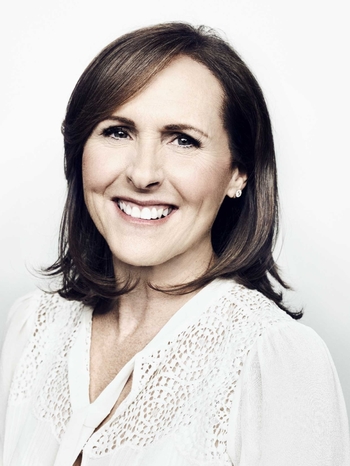 Shannon was first hired on Saturday Night Live during its 20th season (1993-1994), after Janeane Garofalo left due to finding the crop of cast members and writers at the time difficult to work with (Amy Sedaris was supposed to be Garofalo's replacement, but she already was starring in a one-woman show). It wouldn't be until SNL once again fixed itself up and hired new writers and cast members (while keeping those who were stand-outs in such a lackluster season, though David Spade stayed on because he wanted to be the bridge between the early-to-mid 1990s cast and the mid-to-late 1990s cast while Tim Meadows was almost let go because he hit the five-year mark, but was kept on because SNL needed at least one black person in the cast and Ellen Cleghorne quit) that Shannon would begin to shine (both by herself, and with the help of new hire, Cheri Oteri). Much like Gilda Radner from the original 1970s cast, Molly Shannon's humor combines physical comedy with a sense of vulnerability and insecurity.

Shannon's memorable recurring characters include Circe Nightshade (the co-host of Goth Talk), Jeannie Darcy (a female stand-up comic whose jokes aren't very funny, but she gets laughs anyway out of pity), Mary Katherine Gallagher (a neurotic Catholic schoolgirl and one of many SNL recurring characters to have her own movie [which, like most movies based on SNL characters, didn't do well when it premiered, but has since found a following]), and Sally O'Malley (a very active 50-year-old). Her celebrity impressions include: Monica Lewinsky, Bjork, Donatella Versace (though it's not as memorable as Maya Rudolph's take), Anna Nicole Smith, Emma Bunton ("Baby Spice" from The Spice Girls), Ann Miller (with Cheri Oteri as Debbie Reynolds for the recurring sketch Leg Up), Madonna, and Gwen Stefani.

She is married to Fritz Chesnut and they have two children.