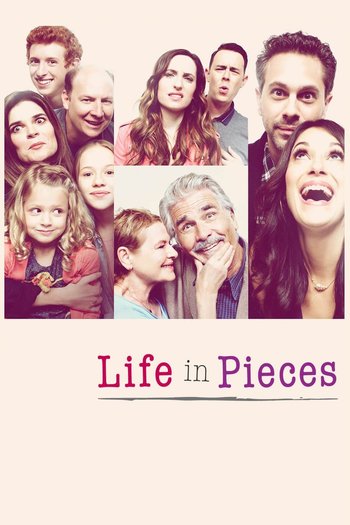 Life in Pieces is a Dom Com that first aired on CBS in 2015.

The show focuses on the Short family and their various (mis)adventures. Unusually, it doesn't follow the standard A-Plot B-Plot structure of most other sitcoms. Each episode is made up of four unconnected short stories focusing on different members of the family instead.