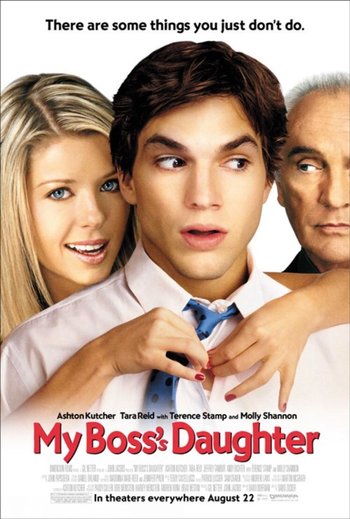 Tom Stansfield (Ashton Kutcher), a researcher at a Chicago publishing company, is asked to house-sit for his Control Freak boss Jack Taylor (Terence Stamp), who also happens to be the father of his Love Interest Lisa (Tara Reid). Naturally, everything that can go wrong does, and Hilarity Ensues.